What will it mean when VW uses 3D-printed parts?

Though we had heard rumors that Volkswagen would be 3D printing parts in the future, it has recently been announced that the automaker will begin the process early next year. Before you start questioning whether or not this will impact the structure of future models, VW has already confirmed that it will initially be used for design elements. Structural car parts are expected to be built for the company’s 3D printers, but this won’t be starting for 2 to 3 years.

Many of us are resistant to change, so you might be wondering why or if it is better to manufacture Volkswagen Plant Wolfsburgparts through 3D printing. If so, why not until now?

It’s not that 3D printing is unheard of in the automotive world, but the practice is reserved for prototypes because up until now it has been slow. Volkswagen has worked with HP and GNK to make an HP Metal Jet printer that can print 50 times faster than traditional metal 3D printing. Still, in its fledgling state, initial printing will likely be in the form of minor parts such as gear knobs or letters for badging. We certainly don’t expect 3D printed engines anytime soon.

Still, this is an important development because mass production is costly and time-consuming. Should the technology develop further, automakers can save money not only because parts can be printed faster, but special tools wouldn’t need to be designed for the manufacturing process as they are now. One printer could be used for a variety of products.

As we’ve indicated, it’s a few years out before structural or mechanical components are 3D printed as any responsible manufacturer wants to test, test again, and test some more. Plus, it’s necessary to first design and program printers for each new part. With 8,000 different parts found in some Volkswagen models, we won’t be seeing vehicles with entirely 3D printed parts any time soon.

What do you think of the potential for 3D printing in manufacturing industries? Share your thoughts with a comment here at the First Team Volkswagen Blog.

0 comment(s) so far on What will it mean when VW uses 3D-printed parts? 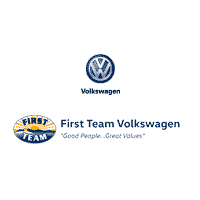